A Map for Saturday


A simple quote from one of the backpackers in the documentary film, “A Map for Saturday”.  I watched the movie last September 15, 2011. A very heart whelming documentary film that talks about the world, the people, the culture and YOU, as a traveler. 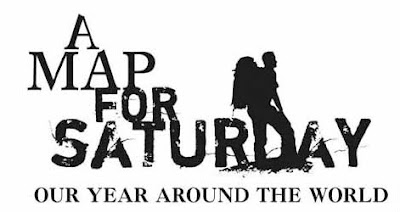 Here is the sypnosis of the movie and, well, the trailer.

A MAP FOR SATURDAY is the product of a year’s travel through 26 countries on four continents. Emmy winning producer Brook Silva-Braga left his cushy gig with American TV network HBO to travel the world with five pounds of clothes and 30 pounds of video equipment.
The barebones production set-up yields an intimate window onto the world of long-term, solo travel; moments of stark loneliness and genuine revelation.
During the year, two-dozen solo travelers intersect with Silva-Braga, helping tell the story of the place they’ve met and the experience they share.
The film lands in Australia at mid-summer and in Nepal on the eve of revolution. There’s the challenge of Vietnam’s absurd traffic and Europe’s steep prices.
Beyond clichés of shagging backpackers and dubious self-discovery, Silva-Braga finds a hidden world of long-term, solo travelers. At times lonely and difficult; more often joyous, and always adventurous, A MAP FOR SATURDAY completes an around the world trip in 90 minutes.

I really want a life just like that. I want to travel around. It is not about the luxury of travelling, it is about the experiences that you will encounter in the places you visited, the people and the uniqueness of each. 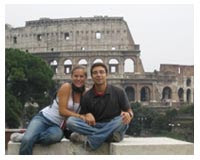 The movie try to fill every second with deep and thought provoking quotes from the different backpackers that the maker encountered for months. From Australia to Southeast Asia to South Asia to Europe to South America to North America. A very interesting documentary film that will deal with your inner wanderlust in exploring new places, new friends and, of course, a new life. 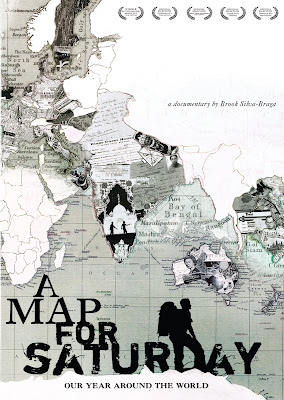 After I watched the movie, mixed emotions filled my inner sense, sadness, happiness and fulfilment.  Sadness in the way that you met friends along the way, but in reality, you have different paths to track, after hours or days, you will get separated. Happiness because of the joy and wonders in travelling. Having the courage to do things which are not normal to the society. Self fulfilment or it just reasoned for itself already. After the year-long travelling, being with your family again is a very fulfilling and even you are not the person who leaves, still they are your family that will still support and love you no matter who you are. It is the real home even you decided to feel the road presence in your sense.

If you want to see the other information about this documentary movie, just click the “A MAP FOR SATURDAY”.

"Books can give you information. Photos can preserve your memories and through traveling your curiosity will be satisfied. Travel to any part and be amaze of what this world can offer to you."
-curiousrover

zhuchiko
Baguio City, Philippines
I am tourism student who aims to travel a lot to promote and experience places. I love to make something whether usual or unusual in the tourism industry.